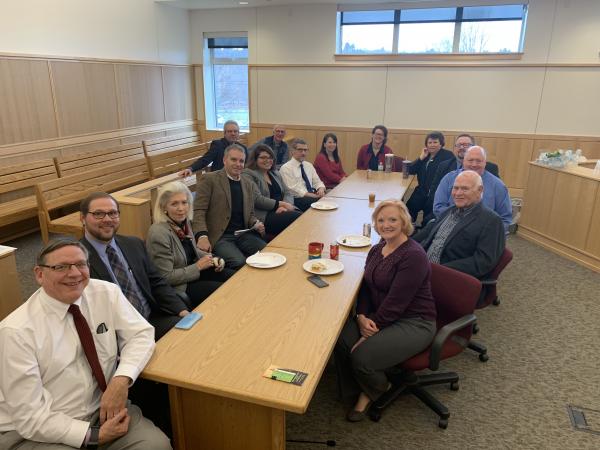 Starting at the end of the table closest to the camera:

Seated on the bench in the back is Public Defender Frederick Bragdon on the left and Atty Arnold Gottlieb.